We received a copy of this dvd to facilitate a review, but all opinions are my own. Everyone knows "Goldilocks and the Three Bears," but after that story ended, a remarkable friendship began! “Goldie & Bear” is a fairytale-inspired Disney Junior animated series that premiered in September 2015. The series follows the adventures of Goldie and her newfound best friend Bear following the renowned porridge incident of "Goldilocks and The ThreeBears." Well-known characters from fairy tales, folk tales and nursery rhymes can be seen in the series, including Humpty Dumpty, Little Red Riding Hood, the Three Little Pigs and the Big Bad Wolf, who is often referred to simply as "Big Bad." Goldie and Bear seek out opportunities for fun with their friends, having adventures that often feature a touch of magic. Team up with newfound best friends Goldie and Bear on amazing adventures as they laugh, play and learn important life lessons in the wondrous Fairy Tale Forest. Climb a beanstalk with Jack, try on Little Red's famous hood, outsmart the tricky Big Bad Wolf, and much more. Join Goldie and Bear - and your favorite fairytale and nursery rhyme characters - for magical, song-filled fun you'll treasure today and ever after! Episodes:                             **Win a Goldie & Bear: Best Fairytale Friends Prize Pack that includes a DVD of Best Fairytale Friends, and a set of storybooks:  Rafflecopter Giveaway** 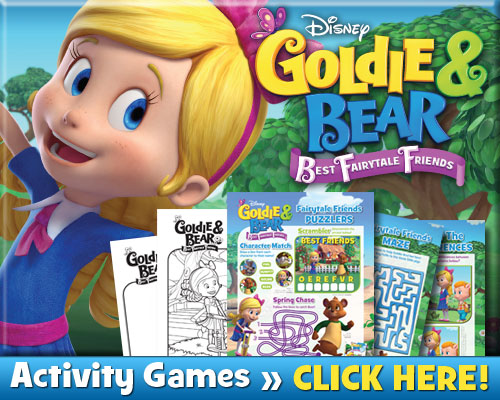 Some of my favorite gifts this holiday season were

Merry Christmas from mine to yours. Hope you are h

We are finding our #HolidayHaven in Dunwoody. Noth

Santa Claus is coming to town. What is on your kid

The latest recipe I posted on the blog will have y

This website uses cookies to improve your experience while you navigate through the website. Out of these, the cookies that are categorized as necessary are stored on your browser as they are essential for the working of basic functionalities of the website. We also use third-party cookies that help us analyze and understand how you use this website. These cookies will be stored in your browser only with your consent. You also have the option to opt-out of these cookies. But opting out of some of these cookies may affect your browsing experience.
Necessary Always Enabled

Any cookies that may not be particularly necessary for the website to function and is used specifically to collect user personal data via analytics, ads, other embedded contents are termed as non-necessary cookies. It is mandatory to procure user consent prior to running these cookies on your website.